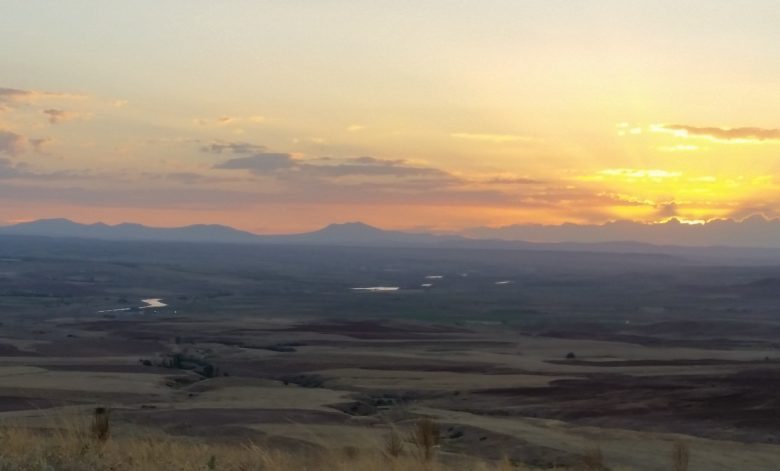 When the unreached  become friends

It was at a conference in Minneapolis during her sophomore year of college that Kelsey* finally gave her life over to God. But it was three years after that simple “Wherever you want me to go, I’ll go,” that Kelsey realized what God had in mind.

She wound up on a three-week trip to Kazakhstan, ministering to Muslim students on a university campus. That’s when Kelsey’s future began to come into focus. “’The unreached’ wasn’t a just a number to me anymore.” It included friends, peers, and neighbors.

She returned for her last year of college with an idea in mind. She would devote one year to overseas mission work, and then she would return for grad school the following year. She decided to give Pastor Bruce McEvoy a visit, and asked if he thought it would be possible for her to go to Kazakhstan for a year. Bruce encouraged Kelsey to pursue a year overseas, but plainly said he would be praying for God to turn her heart toward Turkey. It wasn’t long after that those prayers were answered through a year-long internship opportunity at a university in Turkey. She turned down her top-choice grad school and prepared the upcoming year.

Kelsey’s year in Turkey was filled with large frustrations, cultural adjustments, small victories, God-led friendships, and lots of language learning. She fell in love with the culture and the people, and felt God’s call for her life more clearly than she could have anticipated.

By January, she made the decision to return to Turkey long-term and applied for a full-time position with the same organization under the support of Chapelstreet Church. “After I pushed send, I had the most intense feeling of spiritual attack. I had trouble sleeping, and I began dreaming about all the things I would miss in the U.S., all the things I wouldn’t have in Turkey.”

The second semester began, and Kelsey’s friends stopped responding to her invitations. When she went to the college group her team hosted one week, and noticed none of her friends showed up, she began to feel defeated. In the dissolution of her regular small group, Kelsey decided to join a group of entirely Turkish speakers, despite knowing the discussion would be too challenging to follow. “But God gifted me with the ability to understand the discussion that night,” and the chance to see how the team was planting seeds despite the small, delicate growth. From there, Kelsey was confident in her call.

During Kelsey’s time in Turkey, six Turkish students gave their lives over to Christ. Though the number may seem small, the new Christians were equipped with the tools to share their stories with others, and Kelsey trusts that those six people are the beginning of a movement. “I want to honor God with the magnitude of my request,” Kelsey stated, “so I’m praying that, through the little movement that has started, my city will be able to minister to other Turkish cities.”

When questioned about going back to school, Kelsey has a clear response. “Whenever I ran cross country or was working on medical research, it was always a long period of pain for the occasional great finish or exciting finding. I lived for those thrills. It’s the same in ministry. I have the same conversation over and over with the same questions and same frustrations, but every once in awhile, God does something amazing. I’d rather have those top-of-the-mountain experiences than scientific discovery because those have eternal impact.”

Kelsey is back in the States, training, preparing, and raising support for her return to Turkey. We are proud to see one of our Chapelstreet Church kids grow into a confident young woman, prepared to see nations changed through the power of the gospel.

*For security, Kelsey’s name has been changed.